(affiliate link) set for Christmas this year and it's such a great set that I thought I would share a review of it. We already have the Playmobil Leisure Jet, and we weren't sure that he really needed another Playmobil plane, as they do take up rather a lot of room. But he was adamant that this was the set that he wanted, and it has been a really nice addition to his Playmobil collection. 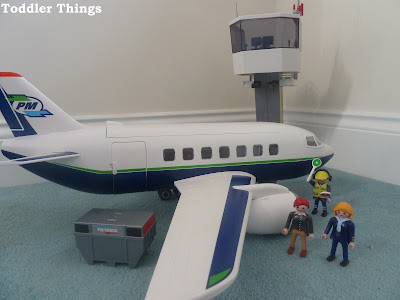 A good thing about this set is that it also comes with a control tower, which adds a lot to his imaginary play. We do also have the Playmobil airport, but it's an older set and doesn't come with the control tower. 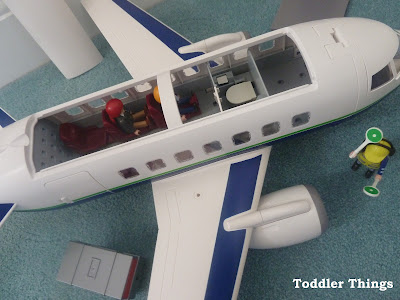 The set comes with five figures - the pilot, a member of the ground crew, a stewardess, a passenger and a control tower operator. The plane has seats for five figures, a bathroom and cargo area. The set includes a cargo crate that fits neatly into the plane when you lift it up at the front. You can also buy additional airport accessories that include transport for the cargo containers and a lift so that you can transfer it into the plane. 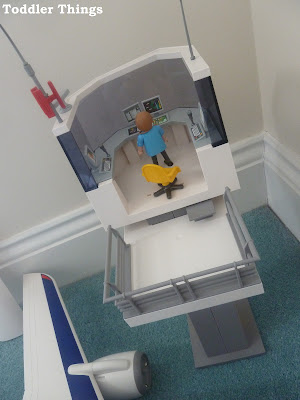 The control tower is pretty large and has a swivel seat inside, with computer screens and keyboards. It has a nice big window at the front, and because it's open at the back it's easy for small fingers to manipulate the figures inside. 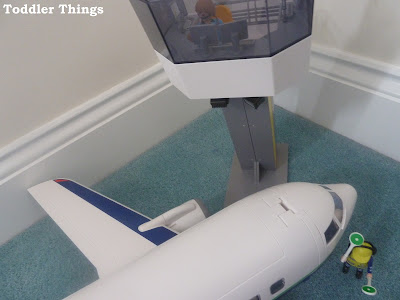 The set is very robust, and once you've put it together there aren't too many little pieces. There is a tendency for parts to drop off while my son is playing with it though, something that we've also experienced with the Leisure Jet. The wheels, engines and tail fins don't always stay in place, although they are easy enough to snap back on. With an older child (he's just 5) I don't think this would be a problem. It doesn't seem to bother him though, and he has no problems opening and closing the plane doors or lifting off the roof of the plane.

I've made a little video of the Playmobil Cargo and Passenger Aircraft so that you can have a closer look at some of the features of the set.