This is a review of Playmobil set 5996, the Dragon Knights Fortress (affiliate link). It has many of the same features as the larger set, Playmobil set 4835, the Great Dragon Castle. You can scroll to the bottom to see my video review of the fortress.

The Dragon Knights Fortress is a pretty large Playmobil set, although not as big as some of the other castles in the Playmobil range like the Lion Knight's Empire Castle. There are areas to play with on each side of the castle, and it comes with four knights and two dragons. 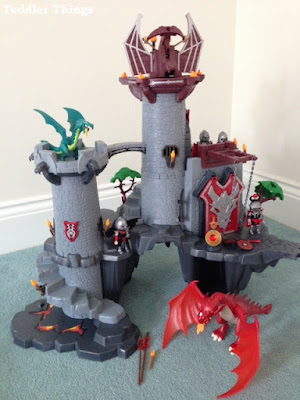 On top of the castle is a powerful cannon which fires flaming torches. You can rotate the cannon fully and tilt it up and down, so you can shoot approaching enemies from all directions! There is a partial walkway at one side of the castle which looks as though it would join up to the Playmobil set 4836 Dragon's Dungeon (although I can't confirm this). The red dragon that comes with the set is very large, certainly making for some believable dragon play! 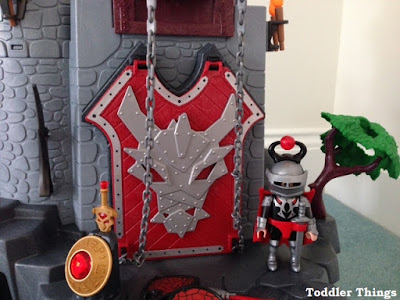 You can use a lever to drop a pointed rock down through the castle to land on unsuspecting enemies below, and there is also a trapdoor to capture intruders. One side of the castle swings open so that you can access inside the turret, and there is a large door at the front which lifts open using the chains and lever at the top. 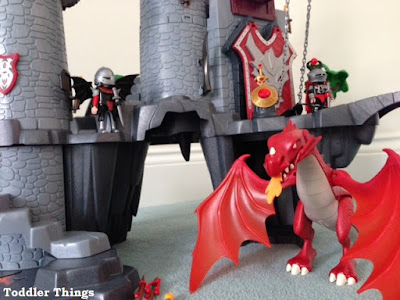 This is a good set for younger children as there aren't too many small pieces (just the weapons) and it's not too fiddly to operate. It was pretty easy to build as well and didn't take us too long. 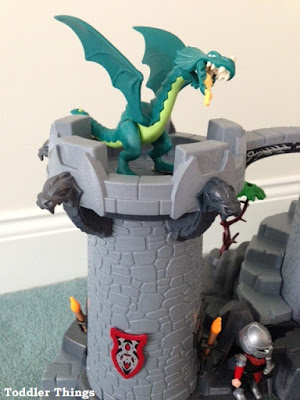 My son is five and he has had a lot of play out of this set. Although we don't have any other pieces in the dragons range, we do have some of the knight and pirate sets, and he enjoys staging battles between them. We managed to find this set on sale for £40 which we feel was very good value. 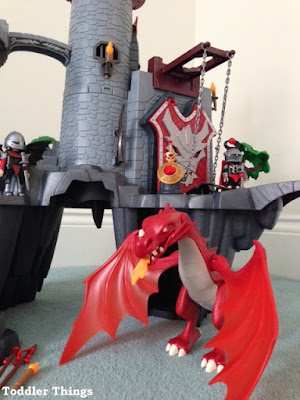 You can also see my video review of the castle here:

Amazon links are affiliate.
Posted by Jennifer Jain at 09:45